These individuals have taken on all the issues that can arise in the operation of a major metropolitan transit agency.  They can provide current executive insights and strategic solutions to solve their most pressing transit concerns. At Capitol GCS we match talents to roles.

You need the project done, and done right. We are customer service focused and the expertise of our Transit Executive Bench ensures risk-free and on-time project implementation. 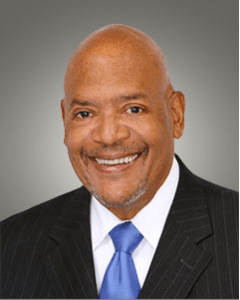 Mr. Catoe has contributed greatly to the extension and enhancement of public transportation offerings throughout the U.S. for over three decades. Over the course of his career, he has led some of the largest transit agencies in the country.

John served as the general manager for WMATA from 2007 through 2010, holding oversight of a $2 billion budget and more than ten thousand employees. During his tenure, he developed plans and secured funding for capital improvements to infrastructure.

Prior to his post at WMATA, he served as the Deputy Chief Executive Officer for the Los Angeles County Metropolitan Transportation Authority (Metro) from 2001 through 2007.

While serving as the Director for the City of Santa Monica’s Big Blue Bus, he expanded services by 40 percent and improved ridership by 36 percent. Under his leadership, the agency received the Los Angeles County Transportation Commission’s Metro Award for Efficiency, as well as APTA’s Outstanding Safety Award and two Outstanding Achievement Awards.

From 1979 through 1995, John worked for the Orange County Transportation Authority (OCTA). While serving as the Agency’s Director of Transit Services, he managed the consolidation of the former transit district into the newly created authority. 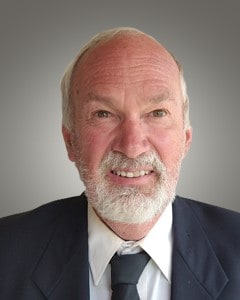 As Director of Procurement/Project Management, directed and managed the Sun Tran capital programs, projects, and procurements to include projects associated with the Regional Transit Authority including the expansion service for Sun Tran and Sun Van.  During this time he planned, directed, coordinated, and defined controls for the maintenance of vehicle and the bus maintenance facilities.  Mr. Faulkner is experienced in specification development, design, production oversight/vehicle delivery and Buy America compliance.

Ms.Karpman is a highly experienced Manager/Director with over 25 years’ experience in transportation operations, financial budgeting, oversight of Workers’ Compensation Program, witness for Worker’s Compensation hearings, arbitration and court cases and formulation of new policies and procedures.

Experienced with planning and directing the daily activities of a transportation division to achieve Metro’s vision and goals related to safety, strategic planning, and customer satisfaction. Ensured efficiency of operations, cost effectiveness and positive management labor relations. Knowledgeable in conducting disciplinary investigations, hearings, and counseling sessions.  Directed and managed staff of over 400 employees and 8 transit routes. 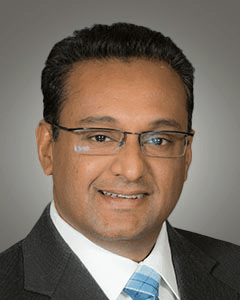 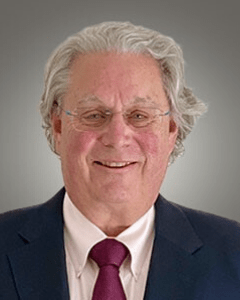 Mr. Miller is a finance professional with 40+ years of experience providing executive-level expertise to both the public and private sectors. His general management leadership experience emphasizes the development, implementation and subsequent measurement of results from innovative strategies within the financial, IT, acquisition and contract negotiation functions.

While CEO at Omnitrans, he oversaw the financial affairs of the Agency during the 2008 financial meltdown as its sales tax-based revenues declined by more than 30%. He reorganized the finance group trimming staff by 20% while expanding delivered services to include a Treasury function to support the delivery of FTA small start projects.

Later, he was brought into Capital Transit of Baton Rouge, LA when that agency decided to terminate its CEO. His analysis of their financial situation revealed that they would be insolvent in 90 days. Working with the CEO, the Board and management, he successfully addressed short term liquidity issues and moved forward with modified operating budgets and plans that conformed to accurate revenue projections while meeting the requirement to maintain service levels. 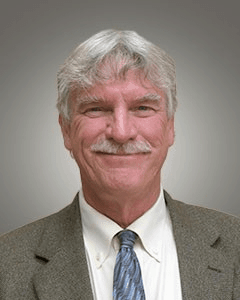 Mr. Quigg is a rolling stock expert with 27+ years of experience at the Los Angeles County Metropolitan Transportation Authority. Planned and managed the maintenance program for the entire fleet of buses. Managed a staff of 175 and contracts in excess of $650 million.

Managed a procurement program for CNG fueled buses, with a total budget in excess of $236 million. Tasks included technical point of contact for any problems related to the entire bus, but more specifically to the engine, fuel system and logistics for fueling, inspection and many other issues of high pressure natural gas fuel systems. 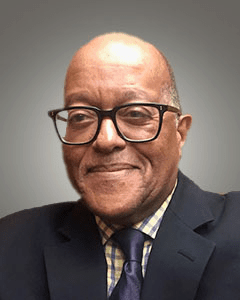 Mr. Rogers is participating with the Transit Executive Bench after completing a 39-year career with the Federal Transit Administration (FTA) in 2018.   He served the prior 22 years as the Regional Administrator (RA) of Region IX, headquartered in San Francisco with a satellite office in Los Angeles. Prior to his tenure as RA, he served as the Deputy RA for three years. As the RA, Mr. Rogers provided executive leadership in the planning, project development, and project management and oversight for the federal transit program that covered the states of California, Nevada, Arizona, Hawaii, and three Pacific territories.

Mr. Rogers also served as an attorney in various FTA offices for the first 15 years of his career. His range of experience and expertise extended to dealing with two of the largest transit agencies in the nation (NYC and LA), complex budget, legal and financial issues, and responding to the needs of small and midsize transit operators, transit dependent communities, and tribal governments. 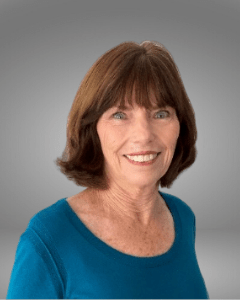 Ms. Sanchez was also a leader in the establishment of a P3 program at LA Metro.   She researched the P3 concept for LA Metro transportation projects, then authored a policy paper that led to the Board’s approval of the P3 Program’s Framework and Work Plan. She then established LA Metro’s P3 Program, implementing and directing all related programmatic and development activities, to identify, evaluate and procure projects involving private sector financing, development, construction and operation.    This resulted in $25 billion worth of potential projects identified and advanced as likely candidates, generating significant investor and contractor interest in a pipeline of projects. 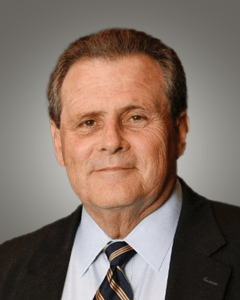 For over 50 years, Mr. Scanlon has had a successful career in the public transit industry that included leadership positions in operations, management, and administration. He is a highly experienced Executive who provided oversight and direction for various mid-size and large transportation agencies.

Most recently Mr.Scanlon, was the Executive Director of the Caltrain commuter rail service serving San Francisco, San Jose, and Silicon Valley.    As Director of Broward County Transit, he had oversight and management of an annual operating budget of over $60 million and a capital budget of more than $15 million.  As the Director of Transit Operations for the Port Authority of Allegheny County, Mr. Scanlon had oversight and management of 2,700 employees organized into three primary groups and seventeen departments with an annual operating budget of $125 million. 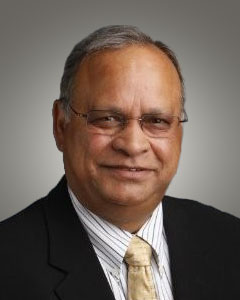 Mr. Shrimavle brings over 40 years’ experience in senior transit industry engineering roles with agencies and major prime contractors in the public transit sector. He has hands on experience in all areas related to rail vehicles, including engineering design, specifications development, testing, commissioning and system integration. 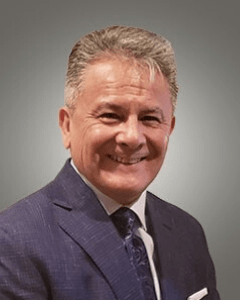 • Deputy Secretary for Rail, Transit, and Goods Movement – California Governor’s Office
• Consultant to the Speaker of the California State Assembly

Mr. Vargas brings over 33 years of professional experience with various state agencies and the California Legislature in executive positions responsible for policy development, program management, and project monitoring. As the Deputy Secretary for Rail, Transit, and Goods Movement, he was responsible for oversight and policy development of statewide passenger rail, freight rail and transit programs and goods movement through the state’s seaports, airports, and international ports of entry.

Further, as Consultant to the Speaker of the California State Assembly, he served as the Speaker’s senior policy, legislation and budget consultant for transportation, utilities and commerce and information technology. He also worked as the liaison with legislative policy and fiscal committees, local, state, and federal agencies, and the private sector to facilitate issue identification and resolution. 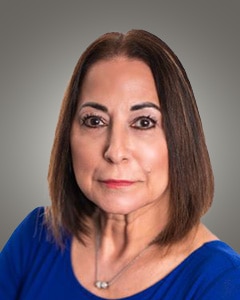 Ms. Vargas brings over 31 years of professional transit industry experience with various public agencies and private sector companies. As a member of the King County Metro Transit senior management leadership team, she was responsible for administrative operations related to the ADA paratransit accessible services and commuter van programs. Her responsibilities included oversight for 60 employees and an annual $80 million-dollar operating budget. She was also responsible for vehicle procurement and maintenance of a 350-vehicle fleet and over 4,000 commuter vans.

As the Regional Director of Business Development for Ecolane, a scheduling and dispatching software company, she was responsible for new business opportunities in 19 western and mid-west states with public transit agencies and private transit vendors. During her tenure with Ecolane she was an active participant on national, state, and local transportation association governing boards and committees.

Ms. Vargas also served as the Accessible Services Administrator for the Sacramento Regional Transit District.  In this role, she was responsible for monitoring fixed-route, rail, and paratransit service for compliance with ADA federal regulations and oversight responsibility for a multi-million-dollar annual operating budget for paratransit services. 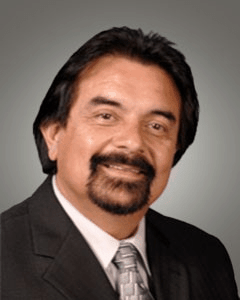 Mr. Victoria has over 41 years of metropolitan transit operations experience. He has led multiple agencies through the years with hundreds of employees on his teams while bringing numerous projects to fruition.

Responsible for the grant acquisition, construction, initiation and operation of Omnitrans’ first Bus Rapid Transit (BRT) route at a cost of $192 million.

Managed the overall performance of Bus Service for the Washington DC Metropolitan Area Transit Authority, which includes a fleet of 1,500 buses and 4,000 employees with a 1,500 sq. mile service area in three jurisdictions, Maryland, Northern Virginia, and the District of Columbia. 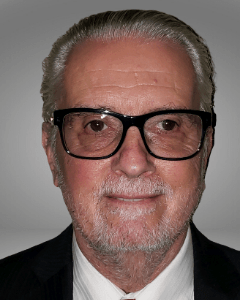 Mr. Vila is a hands-on executive experienced in acquisition policy, practice and project management, in both public and private sectors for 35 years.