The following story is as told by our late founder, Mr. Ed Velasquez.

So how do you make a Rail Car fly?

Perhaps the first question to be answered is why would you want a Rail Car to fly in the first place?

The story starts with the procurement of rail cars by Los Angeles Metro from Ansaldobreda of Italy. The manufacture of these cars took place during the backdrop of the Iraq war. As the delivery date for the first car approached, a significant schedule problem became evident.

According to the transit agency’s contract and the federal funding that drove the compliance requirements, American Flag Vessels and American Airplanes were to be used for transport of the rail cars. The escalating nature of the war in Iraq however resulted in a priority that all American Flag Vessels were to be used primarily for the transport of military cargo both to and from the war zone. Large quantities of military hardware were being transported back to the United States for repairs. Therefore, deck space on these American Flag Vessels from Europe to the United States was simply unavailable to meet the transit agency’s delivery schedule. 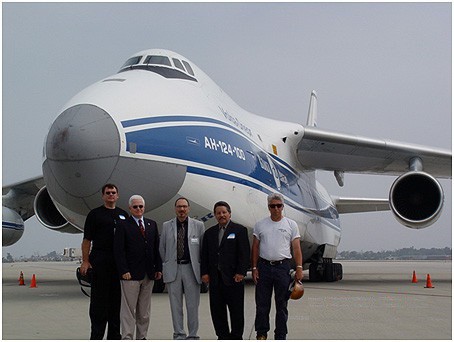 At risk was a loss of more than 60 days to the delivery schedule for the first rail vehicle. A schedule delay of this magnitude would significantly impact the agency’s revenue operating date schedule. Initially, the team investigated the use on non-U.S. flagged vessels, but this would not have improved upon the projected delay. While the contract contained a liquidated damages clause for late delivery, it was highly questionable if those funds could have been recovered given the nature of the situation. No one would have won in this scenario.

Time for some creative logistics, program planning, and contingency contracting to go into effect. The question was how do you move a 96 foot long, 104,000 pound rail vehicle from Europe to Los Angeles in time to be in compliance with the contract delivery schedule?

Much of my career experience came from the aviation industry, first as a technician and later as a commercial pilot. This experience allowed me to devise a unique solution to this unexpected logistics challenge.

To solve this transit agency logistics problem, I posed a solution to my Integrated Project Team that no one else at the agency had even considered, “Let’s fly the rail car to Los Angeles!” Well, most folks thought it couldn’t be done and no one had any idea what type of airplane could carry such a load. 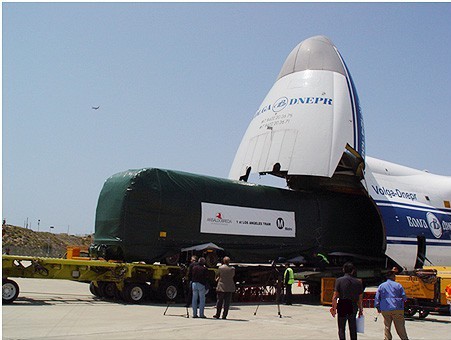 I was aware of two possibilities. The first was the Lockheed C-5 Galaxy. The problem however was that the only examples were in the U.S. military and therefore were not available for our type of logistics. That left the second option. While I was at an airshow in San Diego a few years earlier there on display was an aircraft that looked similar to the C-5, but with Russian markings and insignias. It was the world famous Antonov AN-124 Heavy Cargo Lifter designed in the Ukraine for Soviet military applications. After the fall of the Soviet Union, a commercial company was able to procure one of these planes and employ it in civilian use around the world. 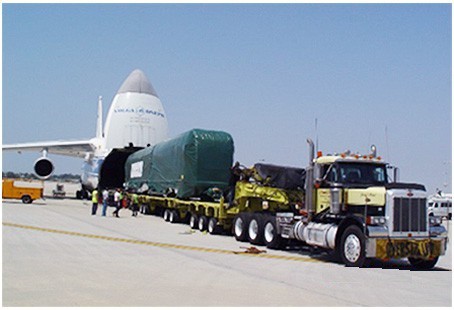 I was able to successfully arrange for a waiver against the U.S. Flag Requirements contained in the contract given the nature of the situation. I then coordinated with the manufacturer and the London based operator of the Antonov to move the rail vehicle by aircraft. The cargo operator made all the connections to load the rail vehicle on the aircraft and unload it at the destination, with final delivery to the transit agency. Eventually the rail vehicle was delivered from Italy to Los Angeles in 36 hours and on the actual contractual due date. 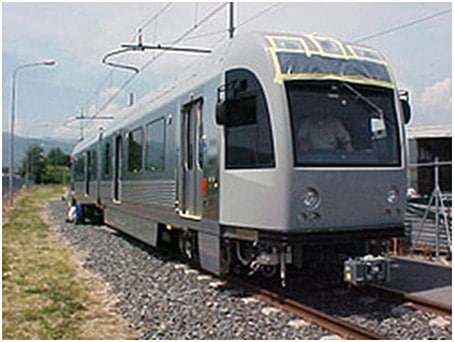 This is an example of the creative solutions that Capitol GCS offers its clients when faced with contractual and programmatic problems.

We at Capitol GCS excel at what we do because we have the ability and the experience to look at the entire environment causing the constraint and come up with the best solution for our clients.